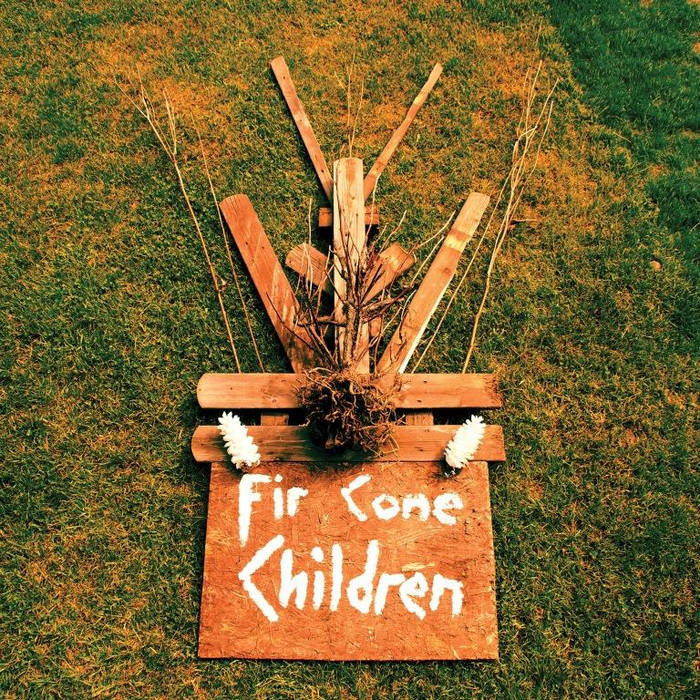 ►ATTN:Magazine names a dream pop legend to describe the album and compares it to wild children in action:
“The echo-phlegm of Cocteau Twins splashes upon the limp body of two-chord punk. […] The fuzz-punk of Fir Cone Children runs with sonic scissors and gets away with it. […] Like a child hurtling downhill on a broken trike, the thrill of high speed momentarily suspends any threat of ill consequence. […] When it’s all over I’m left with that pleasant buzz of a good party the night before; I couldn’t tell you what happened but I know for sure that I enjoyed it.” (goo.gl/s8pmah)

►The Blog That Celebrates Itself found clear words, even 6 months before the end of the year: “Its' already one of the great albums of 2015.” (goo.gl/TrRjYc)

►VISIONS Magazin made the album “Demo of the month” in their September issue (#270): “A gaudy spectacle of high pitched vocals, a bunch of effect pedals, hints of electronica and Garage guitars.”

►Lie In The Sound wrote a wonderful review which focuses on the aspects of a child’s life: “This is what it sounds like when everything seems new and exciting, nothing to worry, astonishment […] prevails. […]The birth of a big and happy childhood.” (goo.gl/ugDexp)

►Raised by Gypsies states that "Everything Is Easy" keeps the balance: “To me, Fir Cone Children is a band that time forgot. At the same time though, Fir Cone Children generate just as much modern sound as any band on Sub Pop or any other such label and so it creates the perfect balance for me. […] This is one of the finest cassettes I’ve ever heard.” (goo.gl/v6hzBk)

►Gerdas Tanzcafé focuses on the summery feeling that the album creates: “An easy, fluffy, carefree and happy feelgood album, the soundtrack for the summer.” (goo.gl/EHX24H)

Featuring Gary Bartz, 5 years of Rhythm Section Intl and an LP of the week by Nicolas Jaar