Get fresh music recommendations delivered to your inbox every Friday.

by Phantoms vs Fire 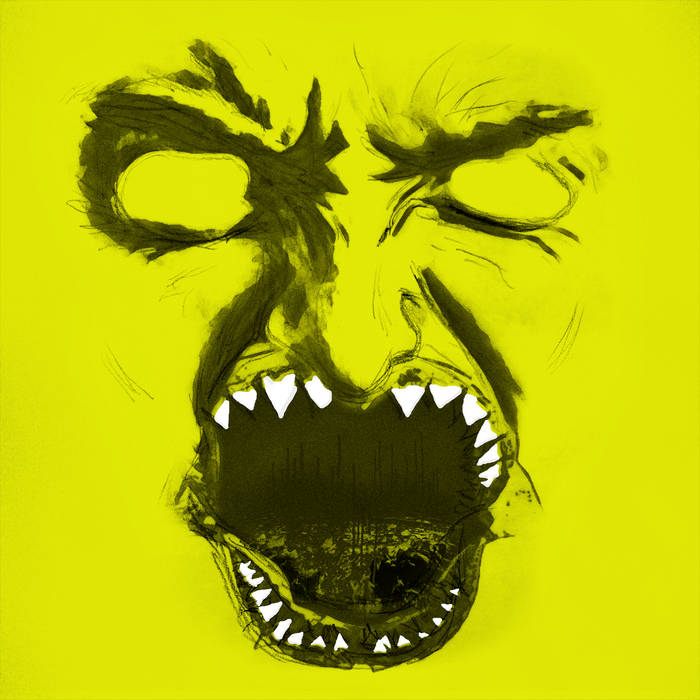 "This super-dramatic, synth-based release sounds like a greatest hits of 80s monster synth scores, but it’s all new. Intimations of brass and strings set this release above the rest. There are even little twists in the tracks, as found in the closing sample of the opening track. We love the rapid beeps in “The Roanoke Colony Zombies,” which sounds like It Follows after an energy drink and ends in a murder of crows. The orchestral blasts of “Breaking In”, “Fair Is Foul and Foul Is Fair” and other tracks are enthralling. The treats of this cinematic set include footsteps, thunder, rain, organ, choirs, church bells, dogs and all the touches that make a haunted house album so endearing. Play this and remember what it was like to be a child, watching “Creature Feature” as lightning flashes outside and something moves in the trees outside your bedroom window." - A Closer Listen (UK)

"Continues Thiago Desant’s impeccable streak. This is another stunning addition to his discography. He captures both beauty and beast on this record, incorporating buzzing synths and symphonic dread like a master of his trade. [...] Not afraid to push boundaries artistically. [...] The album stays in the dream world, building soundscapes both Gothic and ethereal. Glitchy drums coalesce with church organs and strings; synthesizers build both modern electronic touches as well as sonic dread. The results are Phantoms vs Fire’s most consistent record in theme and mood, while still retaining a feeling of not knowing what’s coming around the corner. [...] Heavy synth music tends to feel claustrophobic and dense, Phantoms vs Fire’s work is airy. 8.1/10" - Complex Distractions (USA)

"Ambient music in a raw and pissed off state [...] The glitchy electronics fuzz buzzes like angry bees, while emphatically pressed synth notes and grimy guitar-like grind push forward. The beat is metallic and echoed, striking mechanically like a relentless baton." - Rebel Noise (USA)

"Eye-opening sonic bombshells, [...] shape-shifting vanguard a tuneful epiphany that guns for uncommon places and flexible protocols: its conjugations are never linear and utterly absorbing. [...] The cobwebs of Thiago’s modus operandi are a haunted house that feels as incredibly captivating as a suite. So that the biggest achievement of this project becomes smashing together parts of revelatory, goosebumps-inducing mosaic tiles. [...] You can tell his inspiration goes far, dictated by a copious knowledge of music and uncontrovertibly pure talent" - "Overall impact: 93%"- GIGsoup (UK)

"80% of the album gives a persistent blockbuster thriller vibe. [...] Going from subtle accents to martial assaults. [...] The percussive elements are actually the best part of the album as they do inject the songs with energy and aggression [...] Thiago shows a very competent sense of dynamics and he is able to provide different moods through a distinctive process of mutation that he imposes upon his beats, and they give each song a unique feel within the context of the album." - Densidad 20.25 (MEX)

"Monumental, compelling music. "The sense of ‘chase’ is intense in this experimental, avant-jazz, modern classical work of art in which the listener is literally captured in an emotional whirlpool unlike anything else he’s experienced in the distant past. This is ‘outside-the-box’ music destined to any music fan who’s thinking beyond genre barriers." - Last Day Deaf (GRE)

"Phantoms vs Fire's seems to gain maturity on each new album, each new work becoming better and better. [...] What I especially enjoyed listening to “Modern Monsters I & II” is the overwhelming epic/orchestral part [...] This artist literally excels in the creation of epic sounds and arrangements. A track as “The Ghost-Eater” sounds as a sublime example illustrating great writing skills. The more electro and even EBM driven “The Roanoke Colony Zombies” is a surprising, yet original cut. The album is also characterized by impressive sound blasts mainly emerging at “Pharaoh” and especially the beautiful “Hermes Trismegistus”." - Side-Line Magazine (BEL)

"Well-crafted, inventive and evocative, recommended for anyone who appreciates the work of film score composers such as Jóhann Jóhannsson, Philip Glass, or the darker works of Vangelis, as well as fans of the experimental noise/soundscape genre." - Bliss Aquamarine (UK)

"Again shows the dedication and professionalism that Thiago Desant has shown to be concise throughout the last editions, in an absolutely conquering record. [...] It is certain that Phantoms vs Fire has an exacerbated passion for the blackest of electronics. [...] Modern Monsters I & II is a record functioning as a precious soundtrack for the film and video game industry," - Threshold Magazine (POR)

"A darkness looms / an unsettling doom / Knight Rider / Tron / big organ waves / the makings of a monster / an acoustic guitar like a dark western / cymbal crashes / the power of the universe being created / entrance theme for none other than Hercules / taking a tour of an art museum / eerie / like we're being caught in one of those alien beams that sucks us up into space / Run Lola Run / Nine Inch Nails / video game / dark air / wild ride / The X-Files / dark strings slowly creep in / church / sad, sad strings / bright new day / Lord of the Rings / Disney / such a strange contrast / werewolves / Alfred Hitchcock suspense / both triumphant and tragic / lost in the woods" - Raised By Cassettes (USA)

"What on Earth goes on in Thiago Desant’s beautiful mind? If his Phantoms Vs Fire releases are any indication, his is a dark but hopeful perspective." - Vehlinggo (USA)

"A dark ride and worth your time and money!" - Somewherecold (USA)

What if Macbeth had been written by H.P. Lovecraft? What if the man who would soon become king rose to be a Pharaoh through Hermeticism and chaos magick instead of killing his way to throne of Scotland? This album is connected to PvsF’s previous album, "My Mind As Your Amusement Park", through its fictional experiencer. On that one he saw himself as a victim, someone else's toy. He believed his life was under the control of powerful forces that wanted him forever as a servant, forever in a constant state of lack and pain. He experienced all that in the fictional ghost town where that record takes place.
However, in "Modern Monsters" he moves to the deserts of the Arabian Peninsula and goes through big changes of belief. He comes to the conclusion that nothing comes from without; all things come from within; denying the evidence of the senses is the way to the realization of his desires. After a life of being treated like nothing, he craves for power and to become a pharaoh. However, he has no intention to be seen as an intermediary between the gods and the people. He sees himself as a god.
The music expresses his madness, the anger and desire for power and revenge. It includes more brass and drums than on “Amusement Park…” while also building a mixture of gothic sounds and glitchy, angry drums with church organs, strings and synthesizers. Some sort of aural fever dream filled with moments of blind hope and dread.