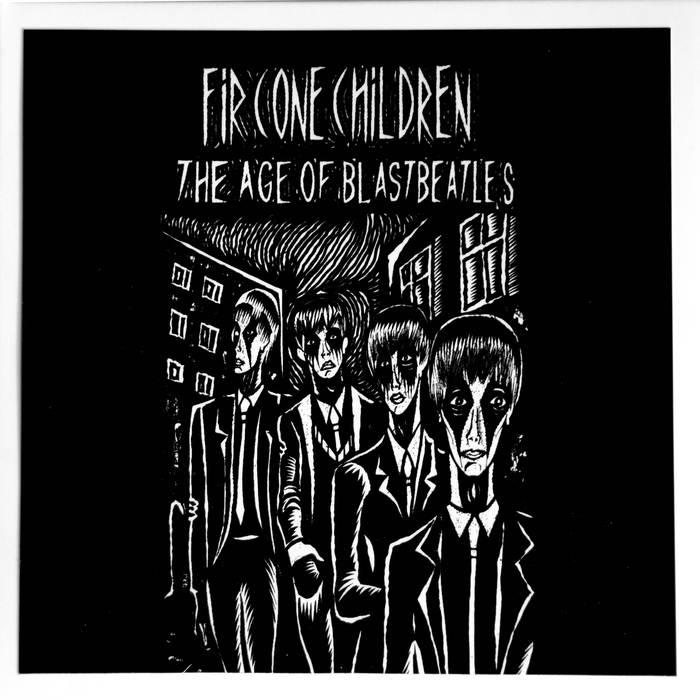 ►"If aliens landed they would feel at home listening to Fir Cone Children: Extraterrestrial Fuzz Punk Surf that unpredictabily mills through dissonance and irreparable rhythms like infrared, x- and gamma rays. [...] Ludicrous fun for troublemakers who are young or young at heart." - (Underdog Fanzine, Germany)

►"Fresh and exciting hardcore-ish Shoegaze" - El Correo compares the sound experience to the likes of Joy Division and My Bloody Valentine in terms of how bewildered and disturbing listeners may react after the first listen while it later grows to be something you adore. "How did they get out of hell?" (Diario El Correo, Spain)

►"The kind of fierce Punk Shoegaze that blows you away with its positiveness and euphoric energy. [...] Pretty In Noise says the EP is "positively disorientating the listeners with a swirl. [...] Fir Cone Children always manage to get out of the roughest, most disturbing moments and smoothly float into melancholic and soft passages." (prettyinnoise.de, Germany)

►"Blastbeats: check! Beatles psychedelia: tons of! Moreover there's lots of Shoegaze stuff of the Punk kind, generally, this is a unusual approach to the genre." (12XU, Germany)

►'The Age Of Blastbeatles' is "a piece of luck". Lie in the Sound wrote a fabulous review entitled “Romping through thick and thin – Fir Cone Children" and draws a comparison between the music and how children operate: “Trying out everything, regardless of the consequences, but with the love for the detail!” It “transfers childish easiness onto the listener […], celebrates a punk attitude and at the same time always offers jaunty melodies." This EP “thrills with Noise Pop of the most vivacious kind [...] kicks up the fuss and makes everything around it appear like a big adventure. [...] Fir Cone Children is a project which you should invent if it didn’t already exist. “The Age of Blastbeatles” turns out to be a piece of luck, because it empathizes with the hardships and enjoyments of being a child without raising the wagging finger of education, and maybe, because for some minutes it turns us into children. You simply got to love music with such intentions.” (Lie In The Sound, Germany)

►Raised By Gypsies compares it with the "fuzzy, melodic melodies of Weezer [...] if there are other bands in this dreamy mix I can't really hear them as much because I just consider this to be Fir Cone Children now as the songs have really come into their own. [...] 'Blastbeatles' would be to The Beatles perhaps the way "post-punk" or "post-rock" is to their predecessors, if you will. [...] But I just want to think about this one as being more about Fir Cone Children and less about that other band. (Raised by Gypsies, USA)

Featuring Gary Bartz, 5 years of Rhythm Section Intl and an LP of the week by Nicolas Jaar